We are former Law Enforcement and Military Veterans. 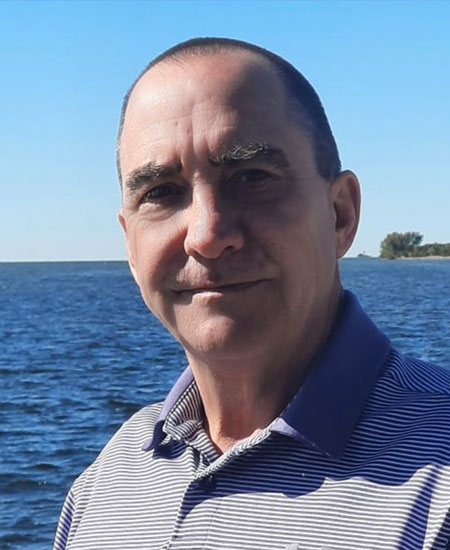 Mr. Eric McCue is the founder of 10 Eight Investigations PLLC. He incorporates his talents, expertise, extensive networking abilities and work ethic to achieve the most productive performance measures for every client. He is a graduate of Santa Fe College with an Associate of Science degree in Criminal Justice and an Associate of Arts degree in General Studies respectively. Prior to attending college, he completed four years of active-duty service in the U.S. Air Force, serving in combat as a Security Police Officer during Operation Desert Storm, before receiving an Honorable Discharge.

Mr. McCue is a long-serving law enforcement professional with over 30 years of progressive law enforcement experience, including over 10 years as an International Police Officer. He served as a Police Officer with the Gainesville (FL) Police Department, as a Special Agent for the Florida Department of Law Enforcement, the United Nations Police, and as a U.S. Government contractor for the U.S. Department of State Bureau of International Narcotics and Law Enforcement. He has instructed and trained several hundred police officers from eight countries, including Nepal, Kosovo, Afghanistan, Haiti, and Western Africa.

Mr. Mike Knezevich is the President of 10 Eight Investigations PLLC. He is a career law enforcement Officer, regulatory investigator, and private investigator, having worked in these fields for the better part of 30 years. Mr. Knezevich began his career at the Gainesville (FL) Police Department as a Patrol Officer and eventually moved on to the Special Investigation/Vice Unit and Narcotics Division. After retiring in 2008, Mr. Knezevich spent five and a half years as a Medical Malpractice Investigator with the Florida Department of Health. Mr. Knezevich obtained his Florida Private Investigators license (#C1400054) and went to work for a company as a surveillance investigator. He was eventually promoted to the Special Investigations Unit and then Regional Manager. He has experience conducting in house investigations for several law firms in North Central Florida dealing with criminal, personal injury, and civil cases.

Mr. Knezevich has a wide array of experience in the areas of covert operations, undercover investigations, and surveillance. He was trained as a law enforcement field training officer, an evidence technician, traffic homicide investigator and currently serves as an adjunct instructor at a state accredited training facility, instructing a Private Investigator Intern Course.

"The high road is always respected. Honesty and integrity are always rewarded."